Cruise from Split to Dubrovnik

Split to Dubrovnik cruise is the most popular tour which guests love to book.

Split is second largest city in Croatia and well connected with Airport and highways. Your yacht will await you in center of the town in beautiful Split marina for your adventure through Middle and South Dalmatia!

In first half of week you will visit Croatian most popular destination like Hvar, Vis and Korčula. These islands will offer you the best of Croatian gastronomy and rich night life!

In middle of week there will be time to fully relax and enjoy swimming in National Park on the Mljet island and as cherry on top your last stop will be glorious, world famous city of Dubrovnik!

Join us and sail through the past and experience the present of Dalmatian hidden gems! 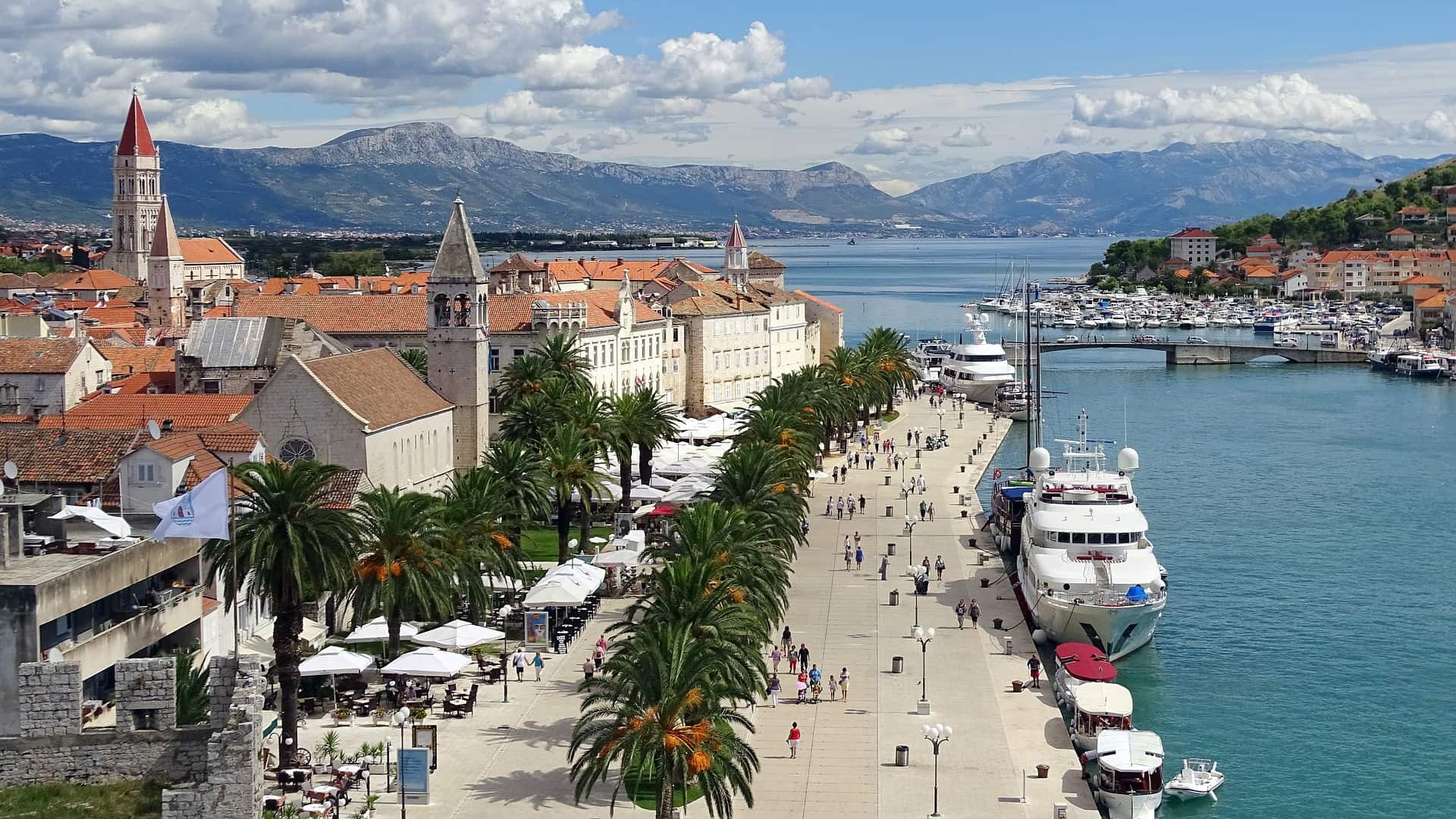 What would be the best recipe for relaxation? The Gulet-Croatia recommend laying under pines, swimming in the crystal clear sea, eating excellent food, and enjoying astounding scenery of green bays, with crickets and sea gals hypnotizing song. In the late afternoon, sail into one of the beautiful Adriatic towns, feel the true Mediterranean spirit. There you taste the mixture of cultural heritage and engaging energy of a modern summer life that charms you like a summer affair, leaving you with only happy memories. Trogir, the town in Split vicinity, will be a harbor of getting aboard, in the early afternoon. We will have enough time to search for a perfect private bay for swimming and enjoying the beginning of a memorable vacation. The old town of Trogir is protected by UNESCO, and we recommend you to catch some time to visit it before embarking! 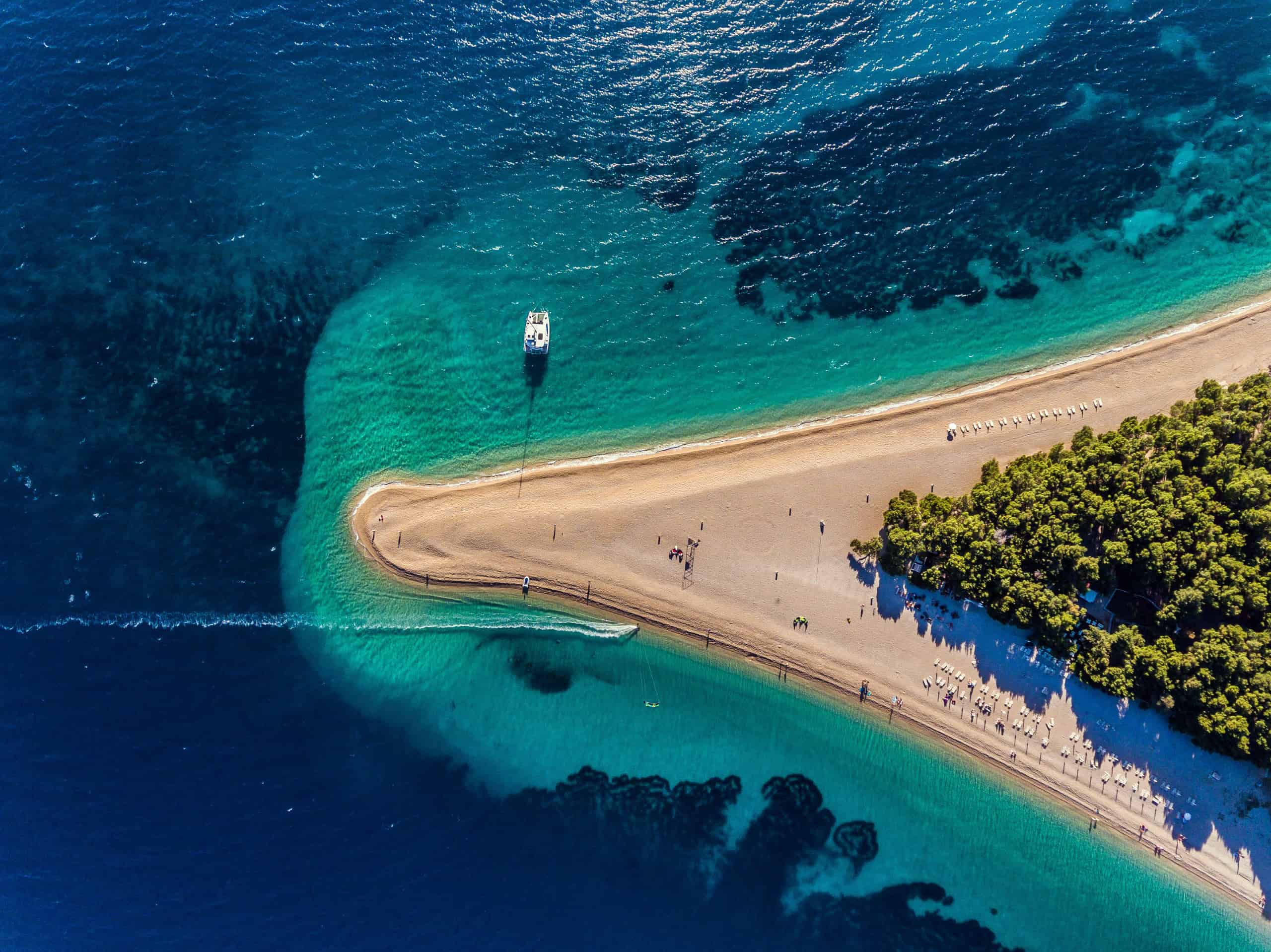 After enjoying refreshing breakfast on the yacht’s stern, we will reach the island of Brač. We will find a beautiful hidden bay and anchor there for some private time for yourself. After a relaxing day, we will enter the deep bay of Milna to enjoy an evening in this beautiful town. The settlement is built mostly in a typical Mediterranean style. Stone-built houses, neat little alleys, peace, and tranquility are the initial evidence of the cultural splendor of former times. It was developed in the 16th century when an aristocratic family decided to build a fortress and church there. Milna also offers sand and gravel beaches stretching along the coast. Enjoy, soak up the sun, swim, take a walk, go shopping, or have a coffee and enjoy summer in such a stunning little town. Have a tasty meal in one of the fine restaurants, or let our yacht chef surprise you with his choice. The island of Brač is known for its high-quality stone mines since ancient times. Did you know that the White House was built of stone from Brač Island? There is a strong masonry tradition that lasts for centuries, which you can notice on remarkable traditional architecture. 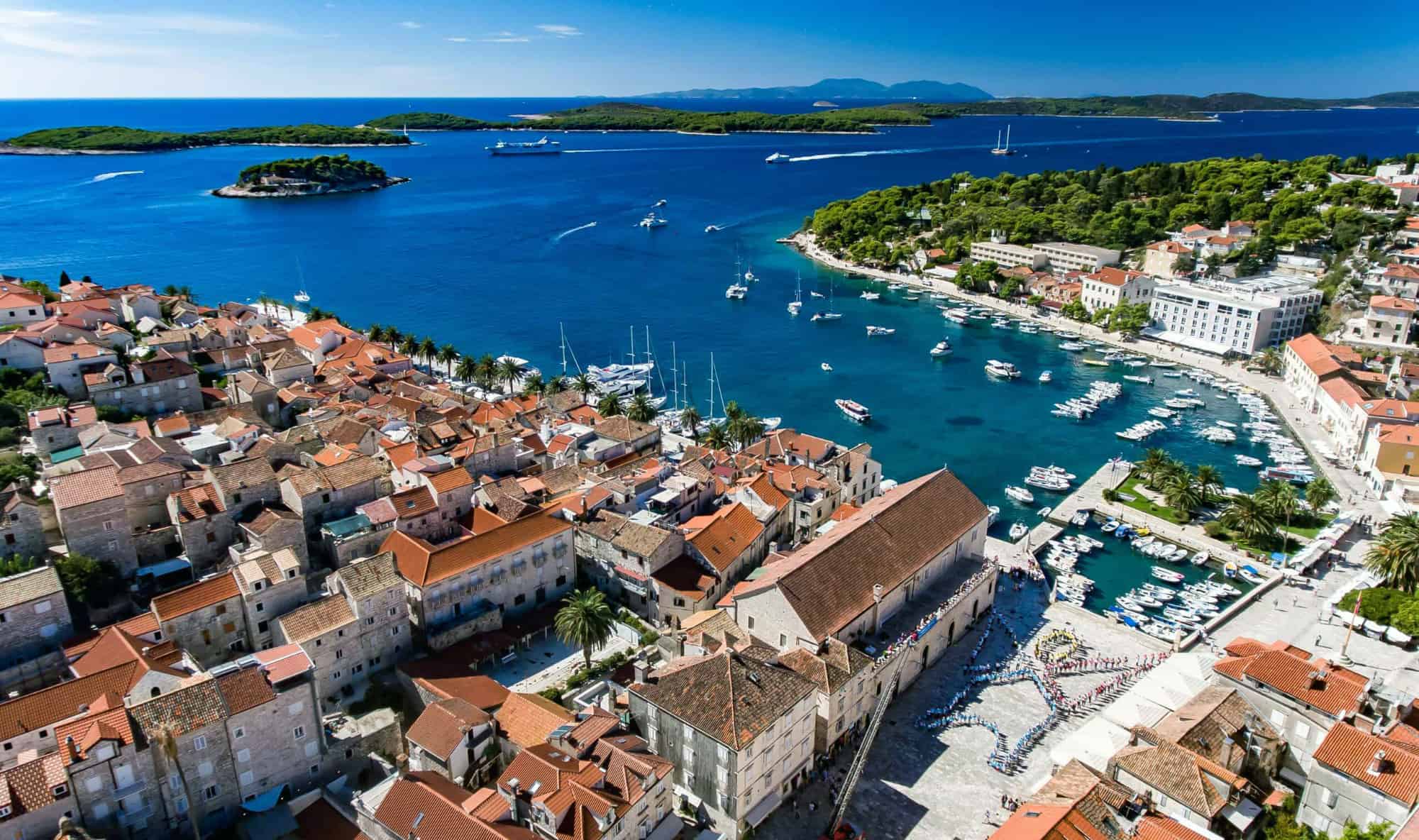 While you sleep, we will start our journey towards the island of Hvar. During breakfast, you will listen to the calming sound of a beautiful yacht cutting blue waves. We will moor in some quiet bay, and take you to the sightseeing of the beautiful Hvar town with a long and rich history. You can choose the supper in a restaurant or aboard. During summertime, Hvar town and the famous Carpe Diem club is one of the most popular nightlife destinations on the coast. Besides the appealing social life, this is a rich history, including the fortress from Napoleon’s time and the oldest community theatre in Europe, which was founded in 1612, on one of the largest Renaissance squares. The town of Stari Grad on Hvar was founded in 385 BC, as the Greek colony Pharos. It is situated at the deepest end of the six km long bay, still recognized for the remains of this Greek fortifications. 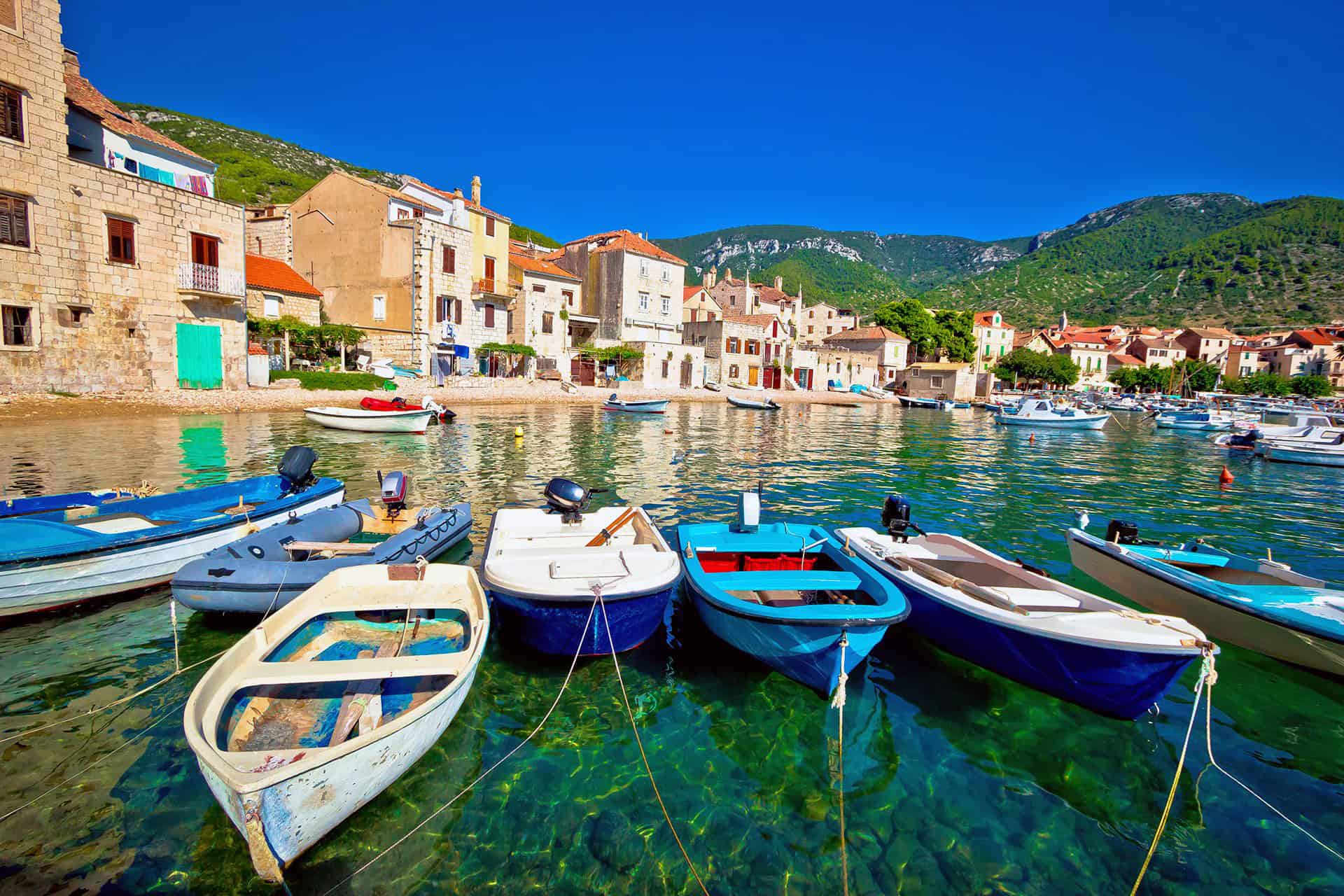 After we moor the yacht in Vis harbor, our recommendation is to rent a scooter and wander across this small, but an extraordinary island. A prime restaurant is on the top of the island, with a relaxed domestic atmosphere, offering the best roasted lamb and vegetables from local green farms, and the view to the astonishing sunset. If you are not a scooter fan, there is a day excursion option, around the island by van. After the all-day trip, you will enjoy an old traditional Croatian meal, the lamb under the steel bell, very tender half- baked half-cooked meat. But if you are not willing to experiment, there are other meat options, too! Plenty of natural pebble beaches on Vis and the clean, transparent sea are perfect for diving, jet ski, windsurfing, and other activities. The island of Vis, known for its fishermen and seafarers, lies far away from the mainland and its troubles. The Greeks founded their first colony on Vis (named Issa) and planted the first grapevine already in the 4th century. A Franciscan monastery was built on the remains of the Greek and Roman theatre in the small town of Vis in the 16th century. Vis is also known as an untroubled island as well! From these times there are many tunnels drilled on the coast for hiding submarines and military boats. The Island of Biševo is on the south-west of Vis, hiding many caves carved into the steep shore. The Blue Cave (Modra Špilja) with entrances both above and below sea level will take your breath away. When the sea is calm, the light diffracts and paints the interior of the cave blue, and anything below the water line, silver. 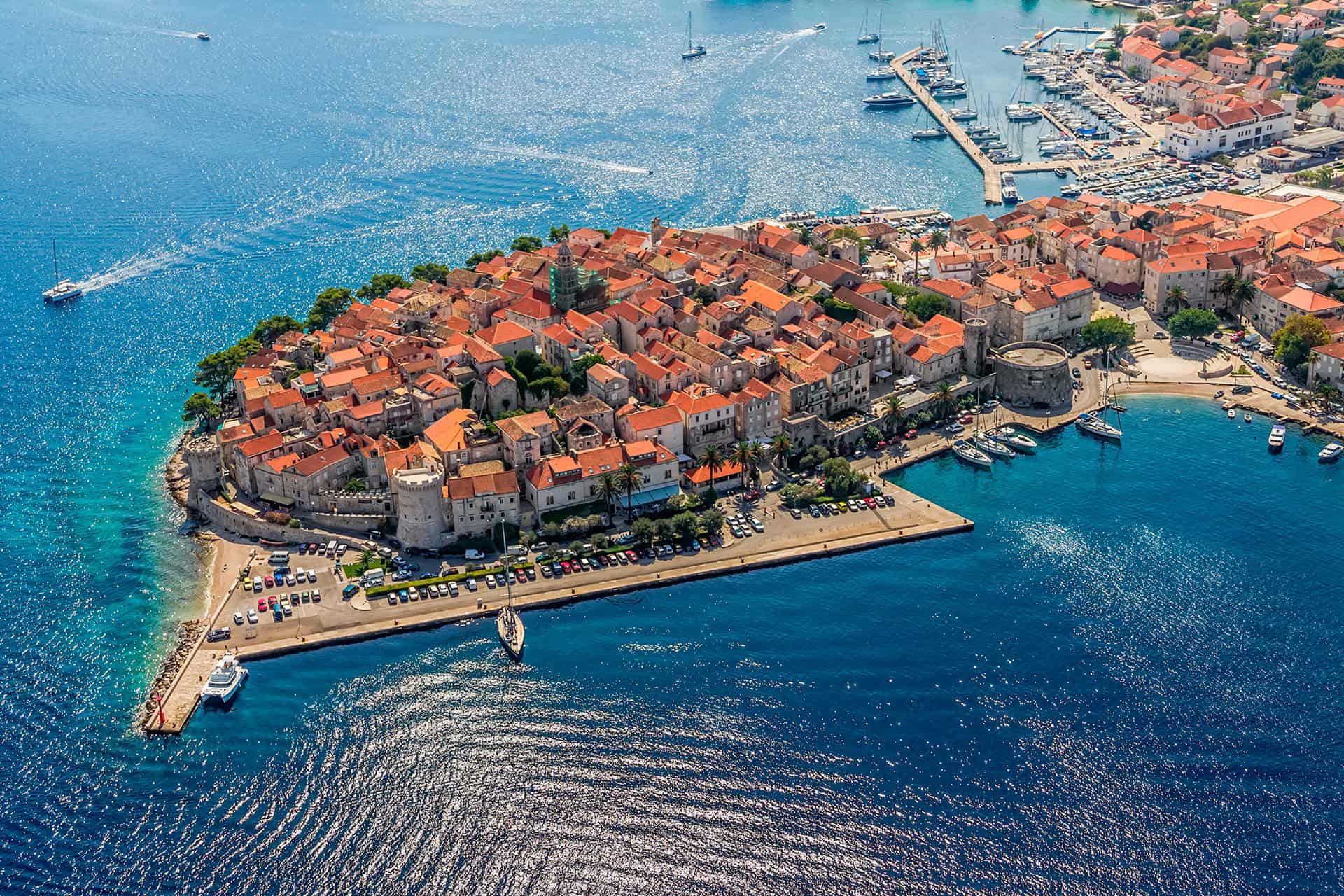 With the morning breeze, we will sail towards Korčula Island, another ancient pearl of the Adriatic coast. Before entering Korčula harbor, we will stop on anchor in front of a small island of Badija, in the middle of Korčula archipelagos, close to ancient Roman stone mines, for some lunch and free time. There is an old stone monastery, beaches, restaurants, and if you are lucky, you can meet a deer, as they live freely on the island. In the afternoon, we will moor just in front of the town of Korčula, a hometown of Marko Polo, wander through narrow stone streets of the ancient city and find the best viewpoint to an unforgettable sunset. It may be true that places and islands differ, but the Island of Korčula undoubtedly holds a privileged position among the Croatian islands. There exist even more legends, tales, and monuments than anywhere else. The oldest written monument in Croatia, in Greek, was found there. According to the legend, Korčula was established by the Trojan hero Anthenor in the 12th century BC. 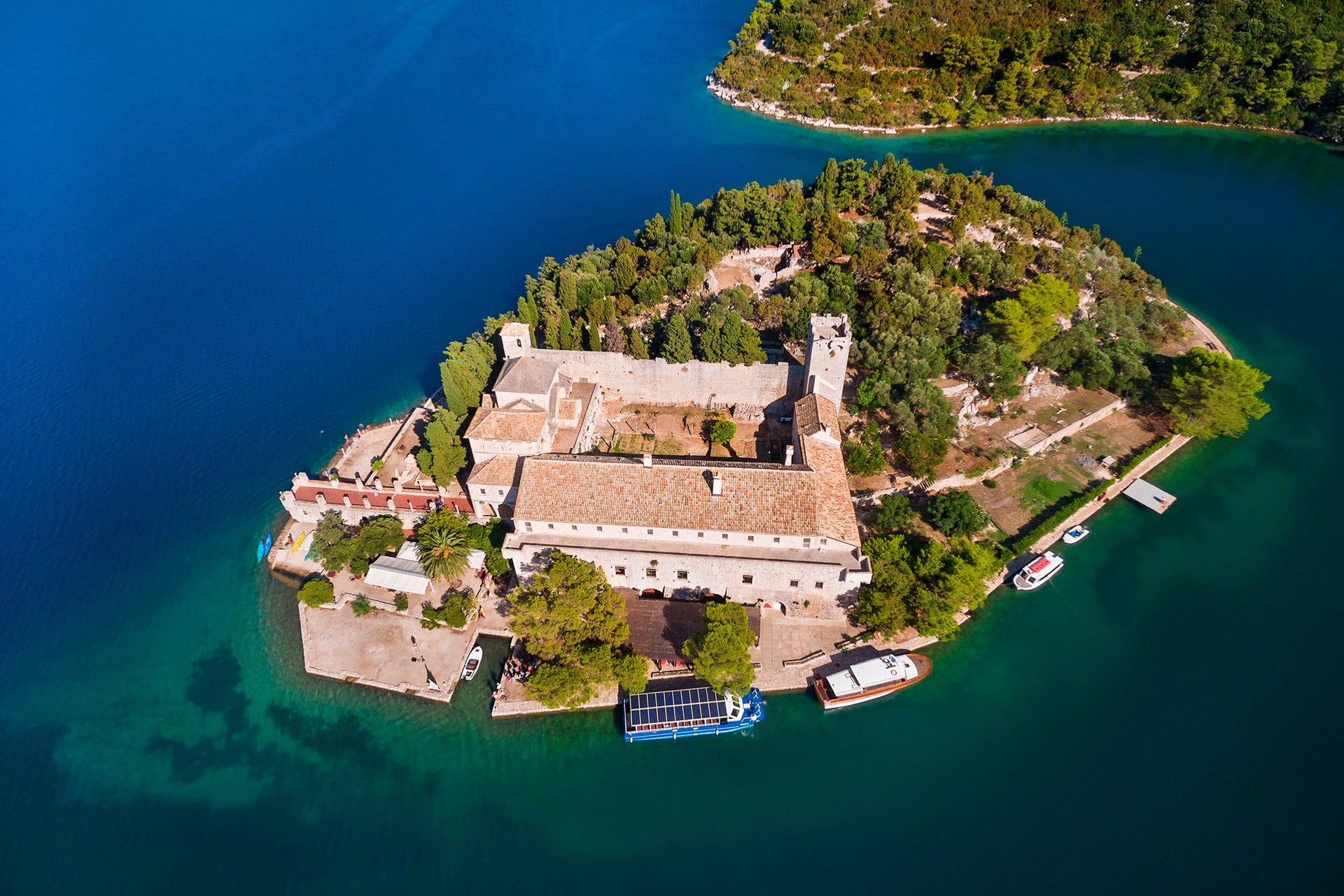 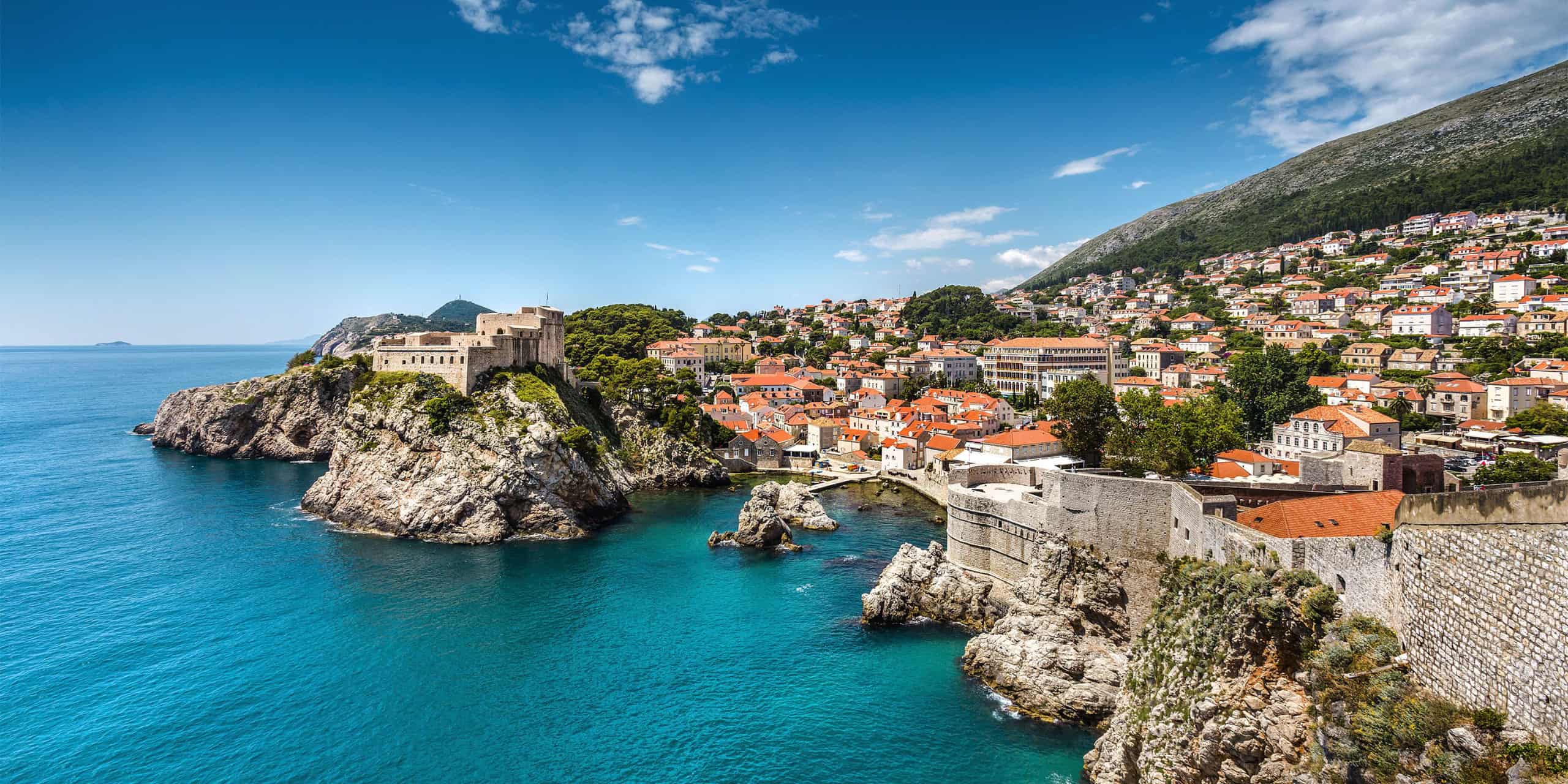 The longest (five km) and the best preserved city walls in Europe and the second longest in the world, salt factory from Roman time which is still operating, the most tasteful shells and seafood ever and one perfect restaurant, the best on Adriatic! That is in short what expects you in this unique town Ston, established and fortified in time of Dubrovnik republic as a stronghold fortress to guard the salty treasury of the time. Dubrovnik is the city of a unique political and cultural history (the Dubrovnik Republic, the Statute from 1272), of world-famous cultural heritage and beauty (List of World Heritage Sites by UNESCO). Because of that, it is one of the most attractive and famous cities of the Mediterranean. Apart from its outstanding natural and cultural heritage, Dubrovnik also offers high-quality visitor opportunities, such as shopping, restaurants, nightlife, casinos, etc.

Read more about Dubrovnik
Manage Cookie Consent
To provide the best experiences, we use technologies like cookies to store and/or access device information. Consenting to these technologies will allow us to process data such as browsing behavior or unique IDs on this site. Not consenting or withdrawing consent, may adversely affect certain features and functions.
Manage options Manage services Manage vendors Read more about these purposes
View preferences
{title} {title} {title}