About island of Šolta

The island has been inhabited since prehistoric times. It was first mentioned by the Greek geographer Pseudoskilaks, 4 century BC. At that time, he wore the name Olyntha which meant “fig which is not yet ripe”. Later it was occupied by the Romans and they changed the name into Solyntha. The name had a word “sol” which means “The Sun”. The Island got its name Šolta (Sholta) when the Croats inhabited the island, but the name was given by the Venetian because at that time the whole Croatian coast was occupied by the Venetian Republic. So many different cultures left their trace on this old island. That is why the island has many archeological sites, on land and underwater as well. The most famous one is near a place called “Maslenica”. In the depth of 21 m lies a crossbar of an ancient anchor. In the depth of 40 m are amphoras of three different kinds. The site is open for tourists and if you wish to see a glimpse of the old ages, it’s a site worth seeing.

There are eight settlements on Šolta. The main place is “Grohote” in which you can find all necessary resources: pharmacy, police stations, health station, small mall… But the best attraction is Maslinica, because of its marina, amazing restaurants and bars and cute little souvenir shops. If you wish to party or go shopping, city Split is only half an hour sail from the island.

Maslinica has the most beautiful harbor but it’s also a bit expensive. Nevertheless you will feel glamorous and splendid while the yacht will shine in this beautiful and elegant marina.

As well Šolta island offers a lot of large bays for anchorage. Mooring will be free of charge and you will enjoy some peace and quiet in some of the well protected bays like Nečujam bay which we recommend. 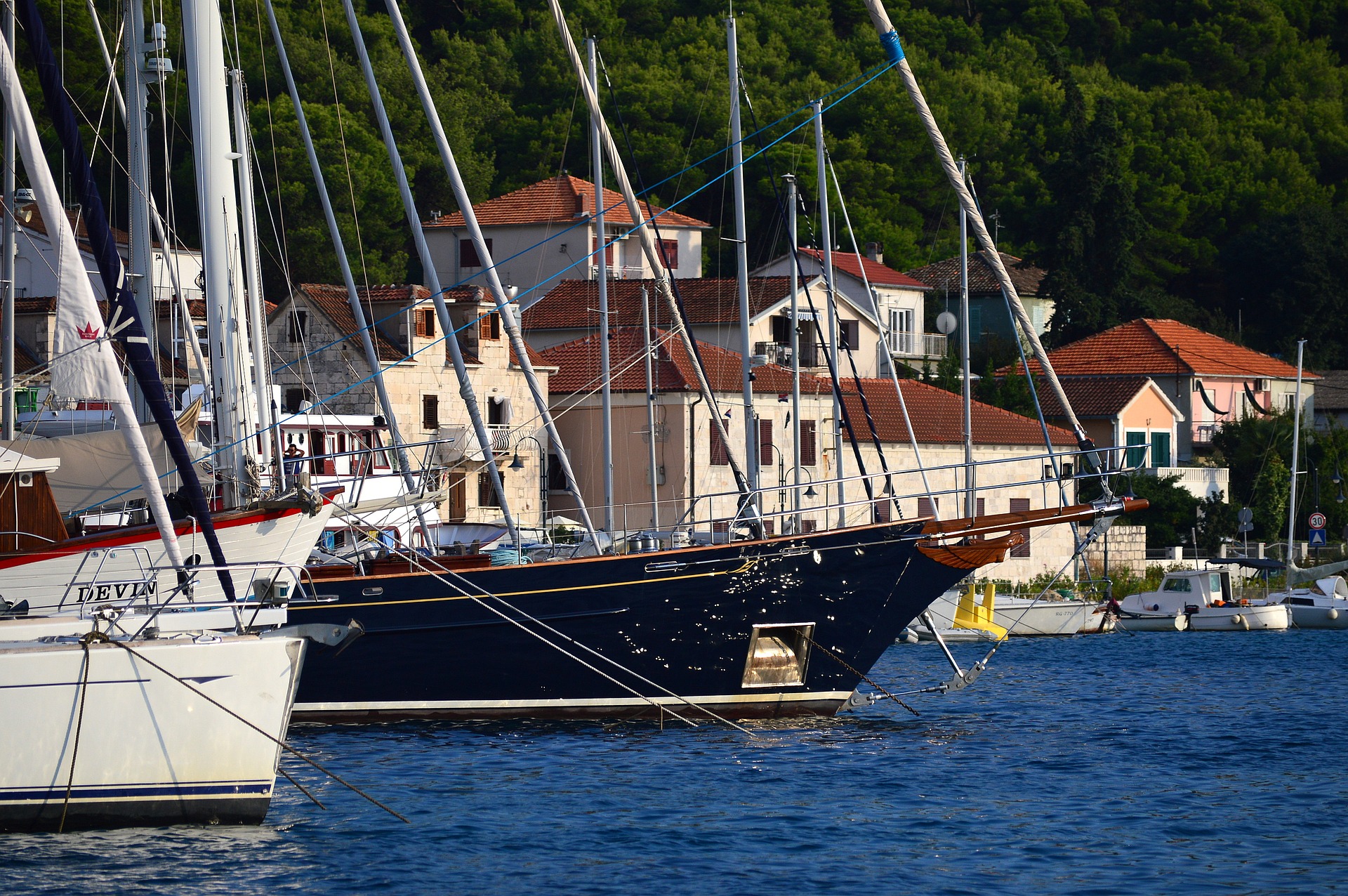 Things to do in Šolta

Swimming and sailing – Šolta is just another one among the all-beautiful Croatian islands, with stunning coastline and the crystal-clear sea. But a day spent in some of Šolta’s picturesque bays will be a memory for a lifetime. We can promise you that. Lay back, relax, soak Mediterranean fragrance, let our cook surprise you and enjoy like there is no tomorrow.

Šolta will undoubtedly be one of the must-see destinations on your nautical chart. Spend some time in the beautiful marina in Maslinica, find out why boaters are so fond of Stomorska or sail around the island and enjoy the beauty of its southern bays!

There are many small but excellent restaurants in this island. Locals here like to serve food from daily catch and their gardens, since everyone here is working in agriculture.

One of the most recommended ones is restaurant Šampjer located on the top of the hill with an amazing terrace with sea view. Fish is a specialty here, especially grilled Tuna steak.
In Bay Tatinja there is an amazing restaurant called Lonely Paradise. It is a great bay for docking and it is easy to approach with the boat dinghy.